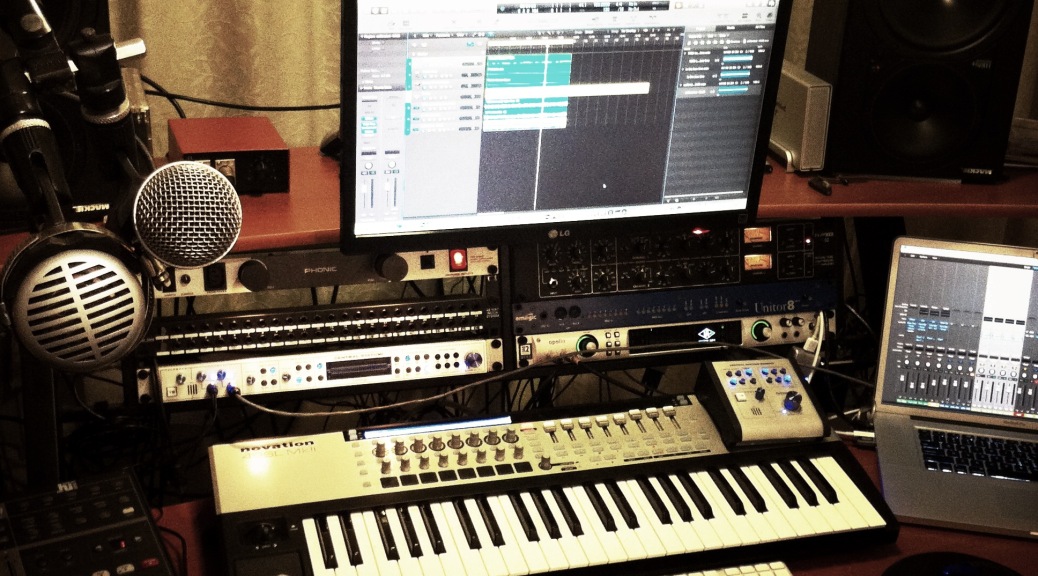 I’ve never been entirely convinced about whether standalone summing bus units are worthwhile, even though bringing the digital tracks back through an analog console really does make a difference.

When I first made the transition from analog to digital, an analog console was still part of my setup while I was working in Logic and Pro Tools. My audio mix stems were bussed back out through the console, with some extra analog effects (eg valve compression and console EQ) added to bass and vocals, and then all recorded onto DAT tape. It sounded great.

Since I’ve been working in the box for so long, and been using some great analog-modeled plugins (eg UAD and Slate), I’ve been tempted to try out a summing bus to see if it replicates some of the cool analog-ness I remember from coming back into a mixing console.

The catch is – they ain’t cheap! Some of these units come in at around the $1000 mark. That’s a bit too much for an experiment that might not work. Having a bit of an engineering background, I had a look around to see what I already had available that could possibly be modified into a home-made summing bus.

What’s in a summing bus? Basically a bunch of resistors and some way of connecting it to your DAW’s audio interface. And optionally  built-in preamps for bringing the level back up and some routing switches for mono/stereo operation on some of the inputs. Forget the preamp, I’ll just use my audio interface preamps for the return path anyway.

Aha – I discovered an old Re-An jackplug patchbay unit that I wasn’t using. Perhaps I could just solder some resistors and links to the appropriate parts on the little modular boards? I found some wiring plans via the DIY Recording Equipment site that perfectly matched what I wanted to do myself, so the fiddliest part was working out how to connect the resistors to the correct terminals on the patchbay boards (as the boards can be rotated to give half or full-normalled connections depending on what you need). Once I figured that out, it was pretty straightforward.

I think the parts cost me about $14 all-up, and all the soldering took an hour or so. There was quite a delay in finishing the project off though as the biggest pain was sorting out the connections to my audio interfaces. I got hold of some multicore cable ready to make up a jack-to-jack loom so I could plug it in, but jack plugs are relatively expensive, so I put it on hold for a bit.

Finally, one of my colleagues Recloose had to move from Auckland to NY to work with Serato, so I managed to grab a couple of left-overs from his studio set up – including a multicore!

So I finally got to try it out.

I have to say I think that the biggest difference is just going back through the Drawmer 1960 tube preamp – the extra fatness and warmth was amazing. However I also found that I was losing some of the width from my stereo image – hmmm – perhaps my mono/stereo break option on inputs 7 and 8 are not working properly.

I’ll look into it and get back to you with some audio examples.

UPDATE: It was so long between the construction and the plugging-in that I forgot that it was a balanced design, but I was using unbalanced jack leads to plug it in. D’oh! Just pulling the master output jacks out so they were only connecting to one side of the rail suddenly gave back stereo and a significant jump in level.

There’s no significant increase in noise so I should be fine with this workaround for the moment.

UPDATE 2: I re-wired the summing bus to suit the unbalanced connectors.

Here’s a comparison between summing bus and in-the-box;